Who – Foo Fighters, Kanye West, The Who

This year sees the likes of Foo Fighters, Kanye West, The Who and Lionel Richie headlining this world famous festival. Known for it’s diverse mix of music genres and with pretty much every contemporary artist performing there each year, Glastonbury is the biggest and the most popular music festival in the UK. Fashion at Glasto is a bit hippy inspired but you can bet it’s always on trend. Our Ash Footwear Studded Ankle Boots teamed with a pair of denim shorts and a fringed tee will make sure you fit in with the Glastonbury crowd.

What – T In The Park

Scotland’s biggest festival is one many love for its mix of dance, pop and indie music. This year sees the likes of world renowned DJ, David Guetta, chart toppers Stereophonics and comeback kings Kasabian perform live. But with Scotland’s tip top weather, you can bet on a high amount of rain and mud, so parkas are essentials for this festival. But who says you can’t accessorise your rain coat with some quirky shorts or a floral crop top? Along with your trusty wellies, pack a pair of our Ash Footwear Virginia Buckle Trainers, just in case the rain does ease off! 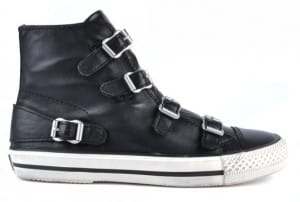 V Festival is the celebrity packed music festival of the summer. If you fancy your chances of meeting a famous face, then V Fest is your best bet. This year sees Calvin Harris, Ellie Goulding, Mark Ronson, Sam Smith and Example take to the stage along with many other popular artists. At V Festival you can expect a lot of pop chart toppers, so if this is your music bag then grab yourself a ticket fast! Fashion at V is very on trend, playsuits teamed with wellies and denim shorts paired with floral crowns are to be expected. Based in the south of England and taking place towards the end of August, this is your best chance of a sun filled music festival. Why not try your luck with a pair of Elia B Leopard Slip On Trainers.

Who – Mumford and Sons, Metallica, The Libertines

Reading along with Leeds, is one of the best rock, indie and alternative music festivals in the UK. The likes of Metallica, Mumford and Sons, Bring Me The Horizon and Panic At The Disco are all performing this year at Reading. If you are a hard rock fan or an alternative music junkie, then this is the festival for you. Since 1989, it has been an event that many have flocked to for its collection of rock and indie chart toppers. Style at Reading is, as you can imagine, rock fuelled. Band tees, check shirts, shorts and biker boots are must haves at this particular festival. If you are attending this year, then our Ash Footwear leather biker boots are a great choice. 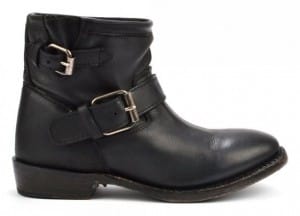 Where – Isle Of Wight

One of the last festivals of the season is Bestival, taking place in the Isle of Wight in early September. This year the event is hosting the likes of The Chemical Brothers, Duran Duran, The Jacksons and Rudimental. As you can see from this year’s line up, Bestival is one for all music tastes. Whether you are a fan of dance, pop or hits from the 70’s, this is the festival for you. It has have even won the world record for the largest ever disco ball! Style at Bestival is colourful, very colourful. Mixed prints and bold colours are the fashion order of the day, so why not choose our Ash Footwear Jungle Canvas Slip Ons for your trip to Bestival this year. 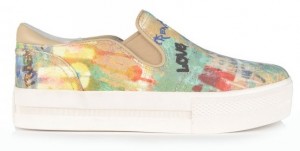